The oxygen sensors in analyzers and rebreathers are complex devices, but fundamentally it's helpful to think of them as oxygen powered fuel cells. They operate on a chemical reaction that produces a weak electrical current that can be measured in order to estimate the pressure of oxygen present. Thus an oxygen sensor is an oxygen powered generator consisting of a lead anode, a gold cathode and a liquid electrolyte, typically mostly water with potassium hydroxide. A great many environmental factors affect this chemical reaction, some of the most important being pressure, temperature, humidity and of course the presence of oxygen. However, the factors that also affect the chemical reaction are those factors inherent in the manufacturing process itself such as the purity and precise amounts of the chemicals. The chemical reaction began the moment the cell was assembled, continued at a slow pace while the new cell sat in the sealed bag, and vigorously accelerates when the bag is opened and the cell is exposed to normal atmosphere. Over time, enough of the chemicals are consumed by the reaction and the oxygen sensor becomes unreliable.

Cells used in rebreathers are exposed to pressures of oxygen much greater than normally encountered in analyzing gas. As they age they become increasingly non-linear, meaning they are accurate for some conditions and inaccurate for certain other conditions. All sensors are extremely non-linear as they approach some maximum pressure of oxygen, a value known as the current-limit, and this maximum also decreases as the sensor ages. Also, as sensors age their response time to changes in oxygen pressure gets slower and slower. Becoming non-linear, current limited, or slow to respond in the range of oxygen pressures typically used by rebreather divers can have life-threatening consequences. There are a variety of replacement strategies, but nearly all rebreather manufacturers recommend periodic replacement long before these conditions begin to develop as a result of normal aging and typical use. The widely accepted absolute maximum useful lifespan of oxygen sensors in rebreather applications is 18 months, typically 12 months or less depending on usage and environmental factors. No manufacturer recommends doing things to sensors like vacuum packing, freezing, or storing in inert gas because improper handling can damage the sensor.

So real world for a rebreather diver....

The experiences of the rebreather community have proven time and again that the maximum life of the '10mv in air' oxygen sensor in rebreather applications is 12 to 18 months and with heavy use or tropical climates it can be much less.... (I do up to 100 hours a year and replace my perfectly good sensors every 8 to 10 months). It would seem most reasonable rebreather divers at this point would just follow manufacturer's recommendations, but there are always those who feel the manufacturers have a 'hidden agenda' in the frequent replacement of oxygen sensors and choose their own path. 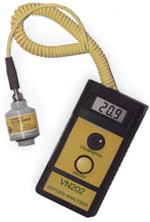 Now let's visit a completely different situation, the use of oxygen sensors in analyzers. In this situation, we are almost always analyzing a known gas, i.e. we have an expectation regarding what's in the cylinder and are using the analyzer to confirm it. Keep in mind, when the analysis of the contents varies from expected by more than 1% this means you do NOT know what's in the cylinder and must take appropriate action. Oh, and don't use a sensor that's been mishandled (i.e. vacuum packed, frozen, refrigerated, stored in inert gas, older than 36 months, over heated, desiccated, etc) to determine the oxygen content of an unknown gas, ever.

What about using some kind of unproven life extension technique on oxygen sensors in cylinder contents analyzers? (That includes 'sensor saver caps' and similar devices.) Well, recall the previous remarks about the huge number of factors that affect sensors? Some factors have nothing to do with environmental exposures, they have to do with variations in the manufacturing process. Two non-environmental factors are the purity of the lead anode and the exact composition of electrolyte; these vary significantly from batch to batch and sensor to sensor. They vary so much that the sensors have a little electronic circuit in them that the factory calibrates in each sensor to produce the final target output mv range. These factors have far more effect on the life of the sensor than any dubious benefit from after market sensor life extension techniques. Just because someone used a life extension technique on the sensor and that sensor 'lasted longer' is meaningless. There are too many factors at work to have any chance of knowing what effect, if any, the life extension technique had on the life of the sensor. To be frank, a risky practice.

Heat has a major impact on the life of oxygen sensors because sensor life can be significantly shortened by excessive exposure to heat. Store sensors in climate controlled "room temperature" conditions, typically 20 to 25 °C or 68 to 77 °F. Keep rebreathers out of the sun both pre-dive and post-dive; an easy solution is just to cover the area where the sensors are mounted with a light colored towel. Likewise, contents analyzers should not be left out in the sun of a boat deck or in a hot car. Treat your rebreather or contents analyzer with respect, keep it at temperatures you are comfortable in (if you are too hot or too cold, so are the sensors).

Another factor that can significantly affect sensor life is the length of time the sensor is exposed to elevated levels of oxygen. This is not really a concern for sensors used in diving gas analyzers but rebreather divers should take care to always flush their loop with diluent when the unit is not in use. The most common circumstance is setting up the rebreather a day or two before diving and leaving elevated oxygen levels in the loop following calibration of the sensors until the unit is actually used. This means the sensors were exposed to very high levels of oxygen for the long period prior to use, and this can shorten the life of the sensors quite a bit. Best practice is if your rebreather loop has an elevated PO2 and will not be used for a while, then flush the loop with diluent to keep the loop PO2 to a minimum.

Carbon Dioxide (CO2) will degrade oxygen sensor function as a result of formation of lead carbonate crystals on the cathode which can permanently degrade the sensor output. The implication is that a practice of exceeding recommended absorbent duration in rebreather applications might also shorten the life of the oxygen sensors. Breathing on the loop while no absorbent is present is another way the sensor could be degraded.

In summary, answers to frequent questions about sensor handling:

So what is the shelf life of a new, unopened sensor? The manufacturers specify the shelf life for most types of sensors at 12 or 24 months from date of manufacture, and that's reasonable for sensors intended for use in analyzers. However, I suggest you may want to use a fresher sensor in rebreather applications. For this reason I do NOT recommend rebreather divers keep a 'backup' sensor in their spares kit. Rotating a sensor from the spares kit into the rebreather might seem cost effective, but it's not best practice. There are a variety of reasons, but ultimately rattling around in the spares kit is hard on sensors and they often come out of the bag not working well anyway. If you suddenly need a replacement sensor, they are generally available via overnight delivery. If you feel you must keep a spare unopened sensor for immediate availability, such as during dive travel, then I suggest the sensor should be discarded after no more than 12 months.

One final thought, extending the life of an oxygen analyzer sensor is a 'risk vs. reward' decision. Typical life of an analyzer sensor is somewhere between 24 and 48 months (I've seen plenty of them last 60 months and longer) and it costs about $75. If you assume the after market processes add one year to the life, you saved a only a few dollars and incurred an unknown but significant risk.