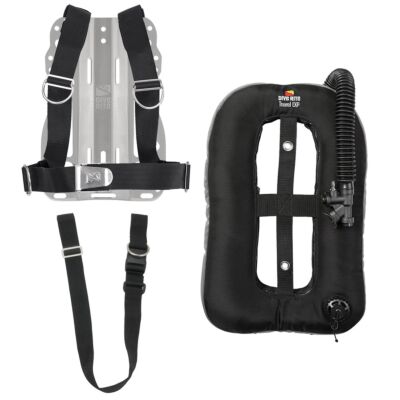 Build a custom configured harness, backplate and wing BC to your specifications. All the Dive Rite components are the most current factory fresh versions direct from Dive Rite. This package includes:

NOTE: This package does not include a weight pocket system.

The DGX custom webbing harness systems do NOT come assembled as your personal sizing for the harness must be done during assembly. 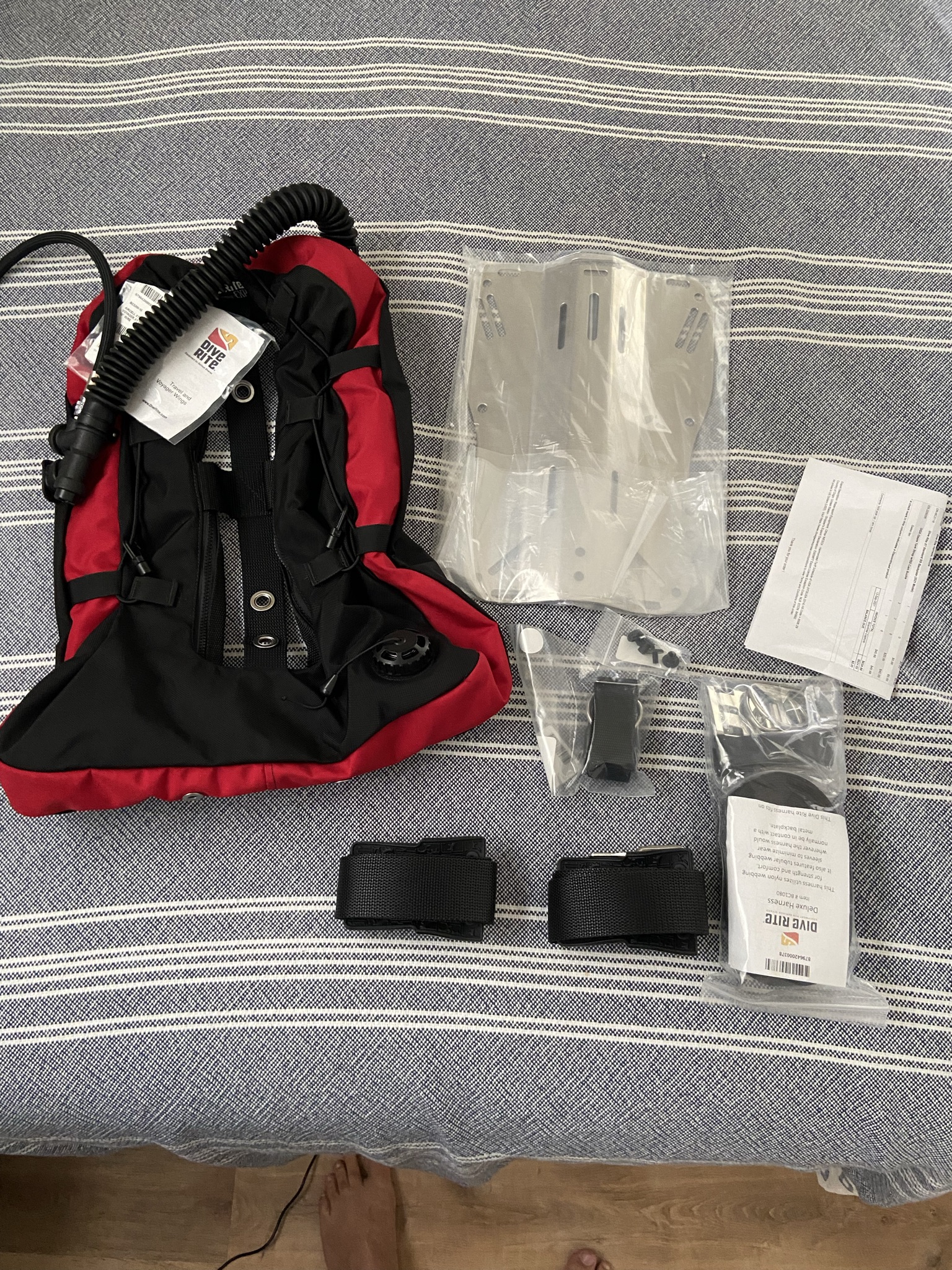 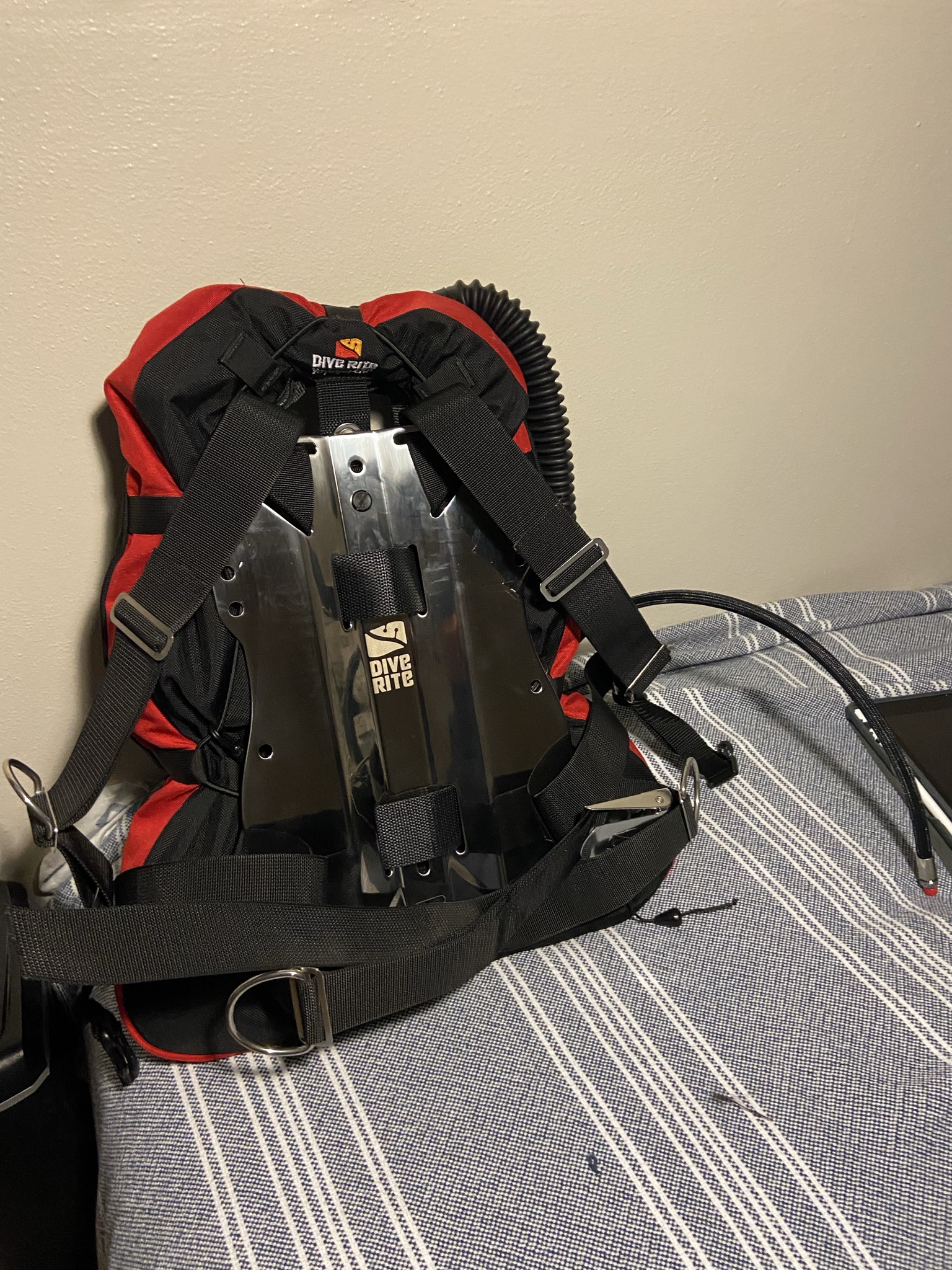 Was this review helpful? 1 0
Todd A.
Verified Buyer
I recommend
this product
Awesome Plate/Harness/Wing setup - I even ordered a second one!
5
This setup is awesome! I ordered mine with the Lightweight Stainless Steel back plate and I also ordered some weight pouches since I did not know if I would need additional weight as I was switching from using the jacket style BCs in the past to my first backplate and wing setup. It turns out that I needed no extra weight with the 85 CF tank. I had used 4 pounds of weight with the jacket BC previously (for reference). I initially ordered the one setup to see how I liked it and also to let my wife test it out for herself. She came out of the water with the comment that she loved it and it allows her to have so much more ability to move without restriction... So I just ordered her the same one. My wife asked if she could have padding on the shoulder straps because she was wearing no wetsuit and had the shoulder straps on bare skin, so I ordered her a pair of the shoulder strap pads that slide on over the straps. Aside from that, the only thing that I wanted (after assembling it) that was not included was something to hold the additional material of the straps in place after trimming if you leave a little extra for just in case... so based on that need, I ordered several of the DGX Black Plastic 2 in belt slides... they are like 35 cents each. I got some to hold the extra strap material and a few to keep the weight bags I ordered from moving around in the event I ever need to use them in the future.
Was this review helpful? 1 0
Shaun B.
Verified Buyer
I recommend
this product
Great! But small room for improvement.
5
So far I've done 5 dives with this setup. The only complaint I have is that the dump valve is sometimes partially obstructed by the backplate. The setup is quite heavy and as a result I was able to drop all my weights with the SS back plate and STA configuration. The wing with 25lb of bouyancy is more than enough even if you are to add an extra 5kg worth of weights. The harness is surprisingly comfortable and snug, no issues there. The back pad also adds a nice layer of cushioning, it does soak up water like a sponge though and will retain most of the water for a long time unless you ring it out. Feels great under the water very streamlined. All in all I am very chuffed. Great service from dive gear express!
Was this review helpful? 1 0
Matt S.
Verified Buyer
I recommend
this product
Excellent piece of kit
5
It has taken me a few dives to get used to it but I am now horizontal in the water and loving it. Would recommend this setup to anyone!
Was this review helpful? 1 0
Product Attachments
FAQ